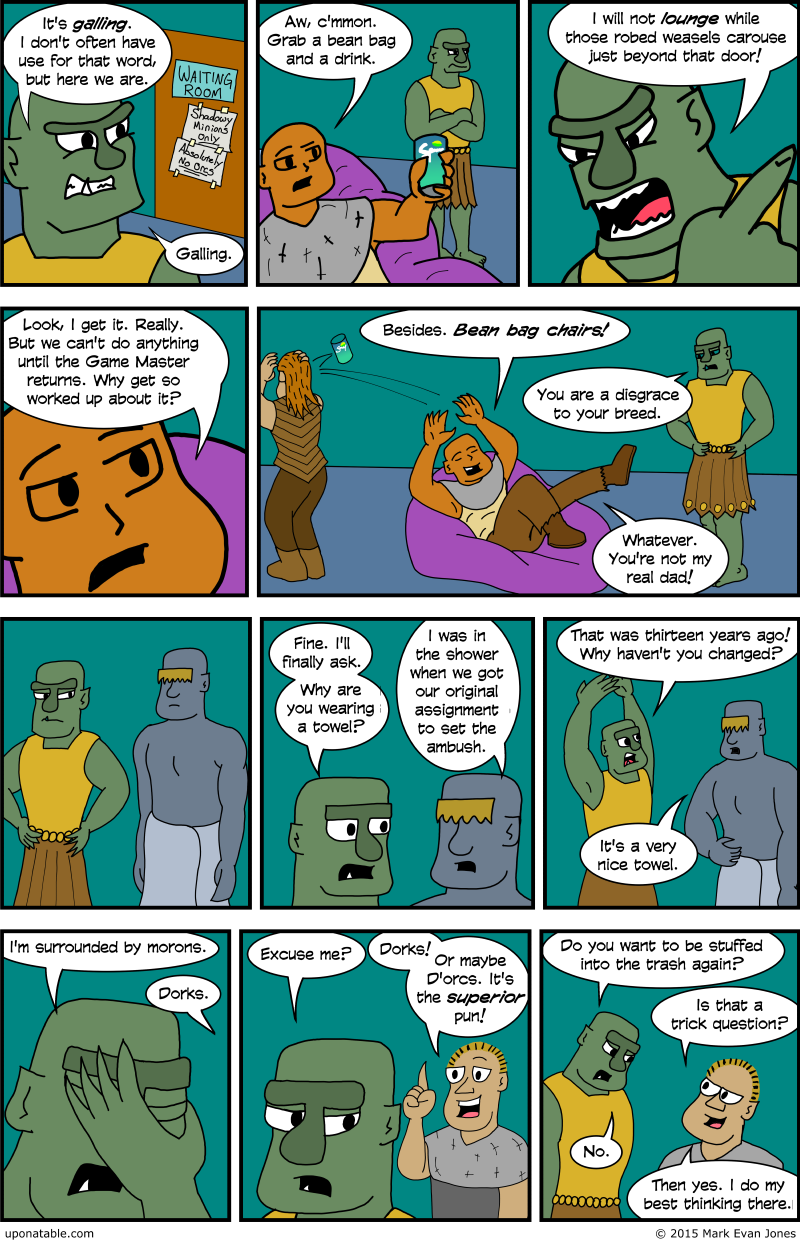 No, I do not think I will switch to a page-style format. For one thing, the more I draw, the less I art. Though maybe this would have been fine as two two-row comics. Certainly would have made my life easier next week.

Manga Studio again. Top to bottom this time. I’ve forgotten nearly everything about my PhotoShop coloring process, so I don’t actually have to unlearn anything for Manga Studio. I can just jump right to the pesky learning part.

Note that this is not the first time the towel has been asked about. I didn’t note that, but how am I supposed to remember everything that’s in my own dang archive?

Speaking of which, do you believe these guys have names?! Terrible, horrible names? Well, two of them. Apparently I decided they needed them at some point, but didn’t bother coming up with anything competent. And then realized my mistake and stopped trying to force it into the narrative. So let this comic be your re-introduction to Garglespit, Ulkbrag, The Green Leader, The Almost Competent One, and Wacky MacOrc.

I also named a separate group of orcs back in this mini-storyline, but they’re all dead now.