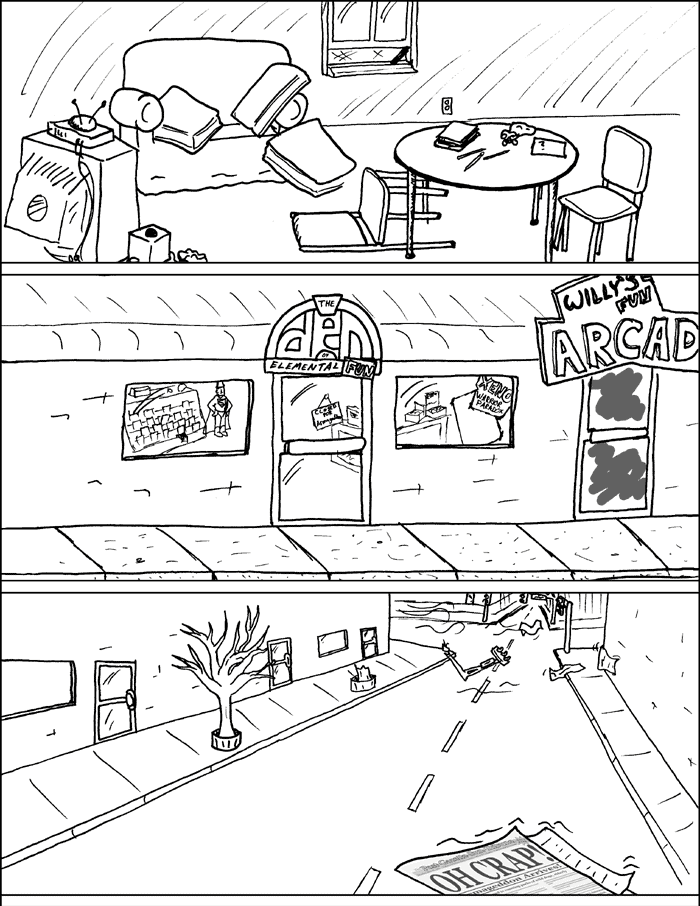 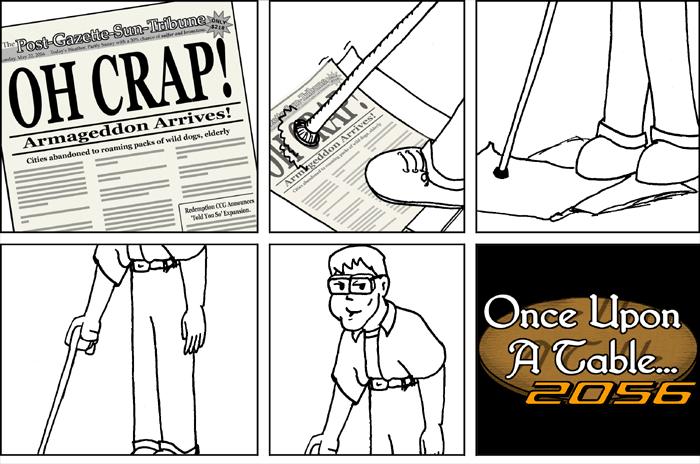 A New Age Is Upon Us

My hiatus was far more restful than productive and I therefore estimate that I am one month behind where I’d hoped to be at this point. I have managed to get some things done; for example, I updated the site with a new template. It’s the same as the old template, but it’s new, I assure you.

What this really means is that instead of returning like a conquering hero, I am returning like a student who finished his entire term paper in the last three days of the semester. But the important thing is that I have returned.

But how often will I be returning, you might ask? My goal is to reestablish a MWF schedule. …With the exception of this week. This week, you get MF, because my backlog is not as strong as I would like and because the two comics I’ve managed thus far have been double-effort strips. Despite their relative lack of content.

One of the things I did not manage to finish over the last.. oh, eternity… is experiment with ways of producing and presenting the comic. My experiments with The Gimp proved less than satisfactory, so I returned to Photoshop. My computing environment being what it is, this means running Photoshop through an emulator at a lower resolution and color depth than I would like. Serviceable, but a tad clumsy.

Additionally, I plan on experimenting with the comic itself. I have not created myself a new comic template, so I will be mucking about with everything from font sizes to the layout and orientation of the strips themselves.

While I plan on keeping the comic updating regularly again, I also have no intention of driving myself back into the ground. This means, among other things, that not every strip I produce will be in color. The strips usually look much, much better in color, but if it’s a choice between making two comics or coloring one, I’m opting for the former.

So, in summary: I’m back, but the comic’s going to look something like a rookie effort for a while.