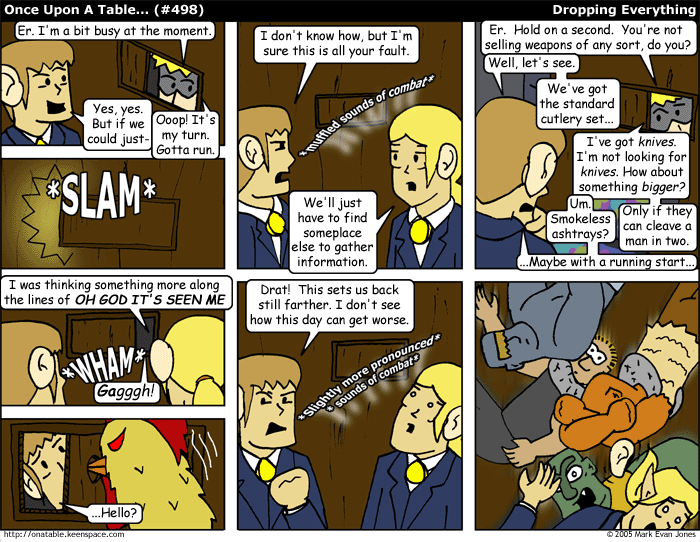 Sense Is An Option You Cannot Afford

Today’s comic could have used a couple months’ sitting on a shelf followed by the severe application of the Editing Scalpel of Time. Then again, few of my other comics have had the benefit of a second draft, so why should I start now?

Today is the most hated of days. So hated, there have been massacres named after it. Hated with a passion attainable only by the true gurus of hate; the kind of gurus who sit upon moutaintops mumbling to themselves and reflecting their hatred upon the carefully arranged mirror array of their soul until the hate fills them and bubbles out of their noses, which tickles them a little and then they have to go get a tissue but the box is empty and they have to walk all the way to the little convenience store on the corner which they hate because the corner is a good twelve miles away, straight down the sheer cliff of the mountain.

I speak, of course, of MONDAY.