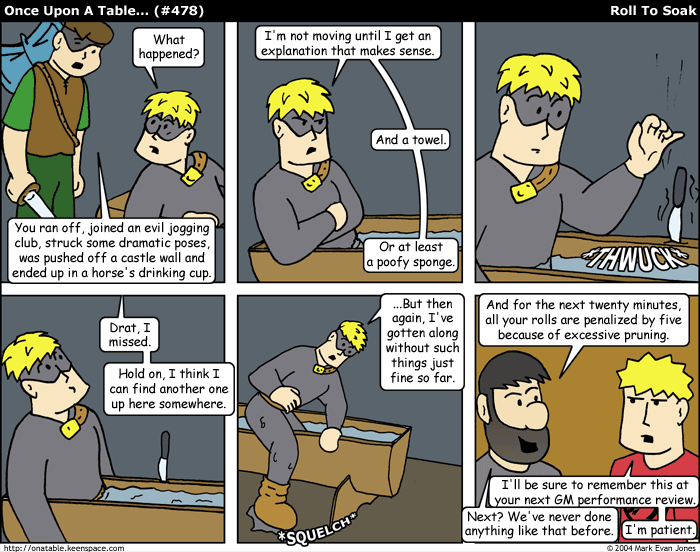 This was the first complete comic I’ve drawn for well over a month, and also represents the first time I’ve drawn these characters on actual paper for at least as long. And it’s official; It still takes too damn long to make one of these things.

The current lack of updates has been annoying for me as well as for you. In my case, however, it’s not because I’m missing updates, but because in two or three more comics I would have hit a point that would have worked very well as a temporary breaking point. Something to look forward to, I guess.

Anyway, I just wanted to say hello. No, I’m no going to be back to three normal updates per week yet, but I do plan on having another comic up this week, probably on Friday.