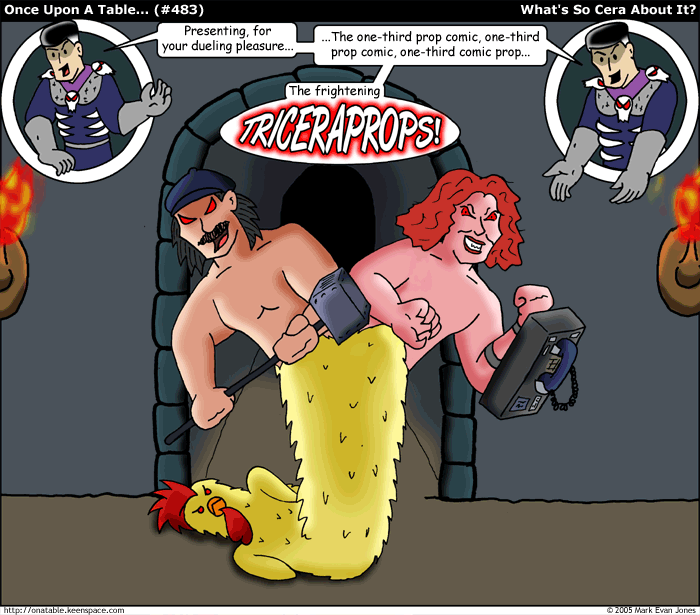 It’s almost as if I planned that.

Aaaaand, the dramatic week-long buildup ends. You have no idea how close this monster came to having a truly lame name. You’d think I would have had enough time to come up with a decent one, seeing as I was originally going to introduce this thing around strip #417… That was back in May, for those of you keeping track.

And, just because I have probably lost a good number of you, welcome to The Paragraph Where I Spell Things Out. Today’s evil beast is made up from OUaT-universe beings that share only a passing similarity to the Earthly prop-based comedians

Gallagher, known for smashing things with large hammers, and

Carrot Top, known for hocking long-distance telephone service. And also a rubber chicken. Because the joke shop was all out of whoopee cushions, though that might have made a more interesting opponent. Except that it would have to keep pausing in battle to re-inflate itself and would be continuously trying to hide behind the heroes when they weren’t looking.