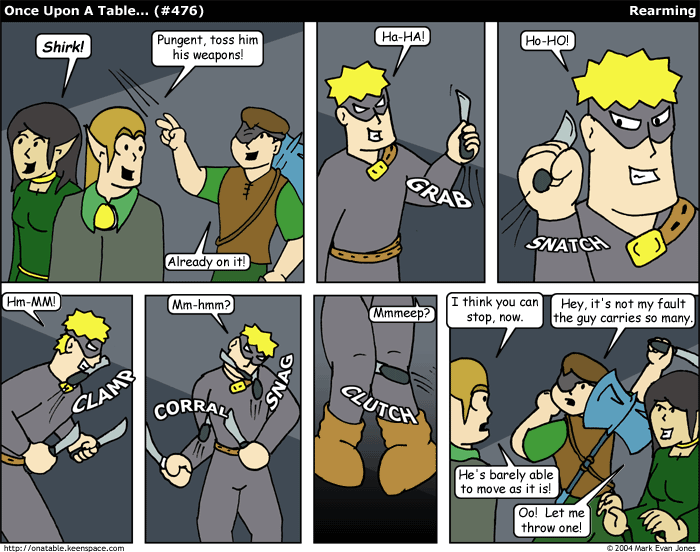 Just a word of warning: Monday’s comic might be a bit hard on the eyes. Why? Well, I plan on producing it entirely on my Tablet PC. That very selfsame laptop I’ve been blaming for all my own inadequacies recently. And also the same laptop which has yet to reveal to me its intricate secrets for how to use it for drawing things other than carp.

You know, that was definitely a typo, but I think I’ll leave it like that. I like the idea of a computer which transforms any art projects developed on it into pictures of fish.