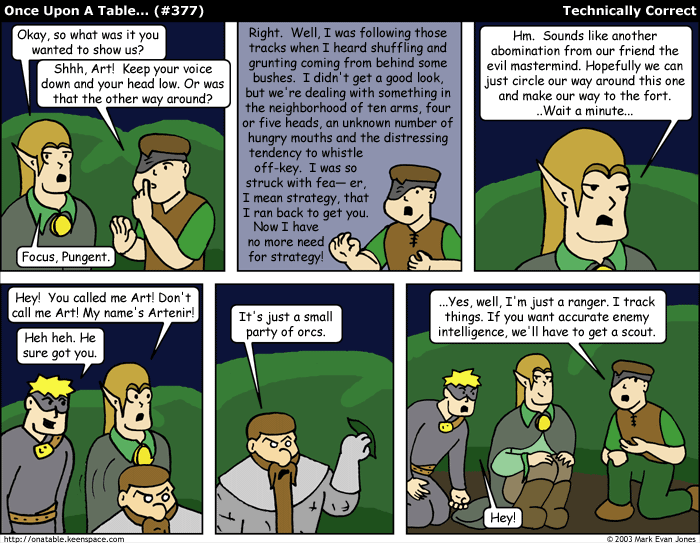 Digital Ducks All In A Row

Okay. Now that that’s over, I can tell you what happened.

Keenspace attempted a cannonball into a pool that was not only empty, it was full of angry alligators.

Yes, a pool can both be empty and full of things. Pools are special that way.

The slightly more technical details are these: One of Keenspace’s two servers (the one that had OUaT) had a hard drive failure. Keen decided to deal with a bunch of problems at once, and started moving all comics to a new machine at a new collocation facility. This involved copying gigs upon gigs of information. From Florida to California.

Two weeks later, and we’re back!

I think I repaired all the damage that was done to my archive files, but many things will be touch-and-go for a while while Keenspace gets the machinery up and running and alligator-free. Meanwhile, we are now returning to the normal comics right where we left off. Which happens to be with, unfortunately, a rather lame one.

I did not take this time off too lightly, however. Those of you that felt motivated to wander into my forums over the break may have noticed that I provided some filler updates. These have now been moved into the archives, and the more curious among you may wish to check them out starting here.